Tass and Karen have worked to bring the message of Jesus back to the people he once hated and persecuted..."

Taysir Abu Saada was born in the Gaza Strip in 1951.  After growing weary of refugee life, his parents immigrated to Saudi Arabia where he was raised a Muslim and taught to hate the Jews – even their very existence.  After the Israeli victory over the Arabs in the 1967 war, his desire boiled over to return and fight for the redemption of Arab pride.  Without his family’s knowledge or consent, Tass traveled to Syria and joined Arafat’s PLO Fatah Forces where he was trained as a sniper and assassin to kill Jews.

Later, he also trained Arab children to fight and kill Jews.  If he found a home belonging to followers of Jesus, sometimes he would throw a grenade inside then bombard it with a barrage of machine-gun fire.  He has no idea how many people were killed and wounded in such attacks.

In 1974, Tass came to the United States. He found Americans to generally be loving and caring, completely opposite of what he had been taught. He decided to stay after marrying an American girl, his current wife Karen. Before and during their marriage he worked in the hotel and restaurant business and grew to be very successful in those areas. In 1979, Tass became an American citizen.

In 1993, through a supernatural encounter with the Lord Jesus Christ, he became a “born again” believer.  Ever since, Tass and Karen have worked to bring the message of Jesus back to the people he once hated and persecuted: the Jews and the Arab Christians, as well as to his former brethren, the Muslims 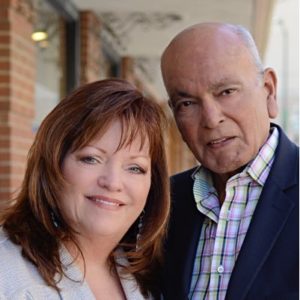 Tass & Karen’s prayer team is sponsored by The ROCK Ministry

Sunday mornings at 9 and 10:30 am
Wednesday evenings at 7pm