"Their main goal is to establish indigenous churches with the Arabic population."

Dwight & Jeanne were both educated at Baptist Bible College in Springfield, MO. In 1966 they moved to Beirut, Lebanon where they established a student center and church in the midst of three wars before being forced to return to the United States.

Dwight pastored First Baptist Church of St. Louis from 1982-2010 when he & Jeanne responded to the call to reach Muslims in the Detroit, Michigan area. While in St. Louis, the Billingsley’s also established an Arab-speaking church congregation which is now an indigenous church.

Detroit is the heart of the Arabic speaking world in North America. Dwight’s main goal there is to establish indigenous churches with the Arabic population. He & his wife also serve as directors at the Arab-American Friendship Center, which is an outreach gospel mission, teaching English and citizenship classes. This center also holds Bible studies and gospel fellowships.

Through their organization, Arabic Christian Ministries, the Billingsley’s also house a TV taping studio where they broadcast Arab-speaking preachers. 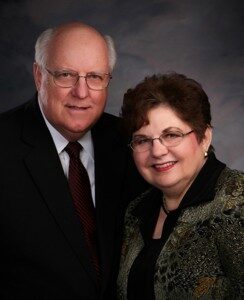