"The early church thrived in this region, and it can do so again!"

Chad and Rae Brockmeyer have been called and sent to the Balkans, specifically located in Belgrade, Serbia. The original intent was to assist and be part of existing works within the region, but by God’s grace, it became clear that more than just a singular work of the church was needed. Serbia is a bleak region as war has tainted its soil for centuries and the people have been between warring factions and alliances. The people, however, are so precious and we believe the work of God’s word is not only due but greatly needed in this region as few know the reason of the hope that is in us. Serbia is Christian only in name and like the account of Revelation 3:1-6 explains for a dead and dying church there is a need to strengthen what remains and disciple young men and women in the essentials of faith. The field is fallow, and as we learn the language and sow the gospel the work will be laborious, but we know according to the promises written that the fruit that remains will be glorious!

Please join us in prayer, in presence with a visit, and in your giving as we are believing God to establish a glorious church of precious Serbian people submitted to the Word of God and committed to the heart of God in missions to their kindred and neighboring nations. The early church thrived in this region, and it can do so again! 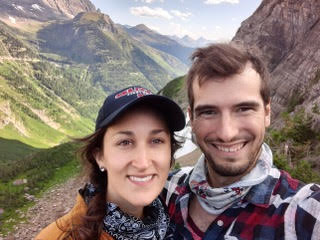